I really can't say I'm sorry to see you go, it's been a hard year!


I'm counting on 2015 to be a great year!
But before I say goodbye, I just have to post about Christmas.

It was a quiet Christmas Eve and morning at our house.  We went to Christmas Eve service at church then had a light supper at my MIL's.....then home to bed.

Our Christmas morning tradition continued with the Superhero cooking a huge breakfast.  This year our crowd was slim.  The youngest flew to Minnesota, and three sets of children and grandchildren live far away.  That left us, MIL, son David and his wife Arwen and son Jordan and our nephew.  We managed to put away homemade hashbrowns, sausage, bacon and pancakes!

This is after breakfast because I forgot to take pictures during the cooking! 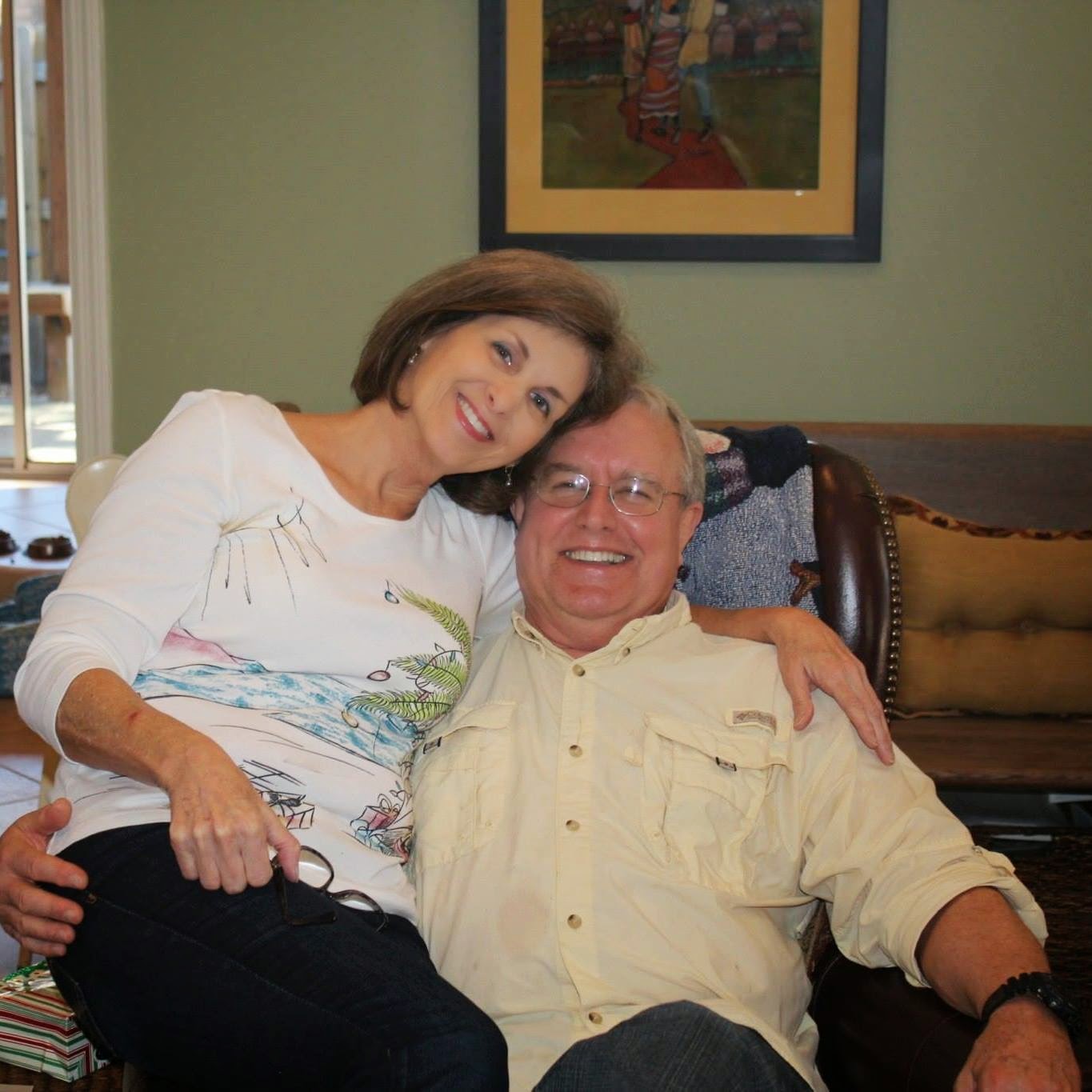 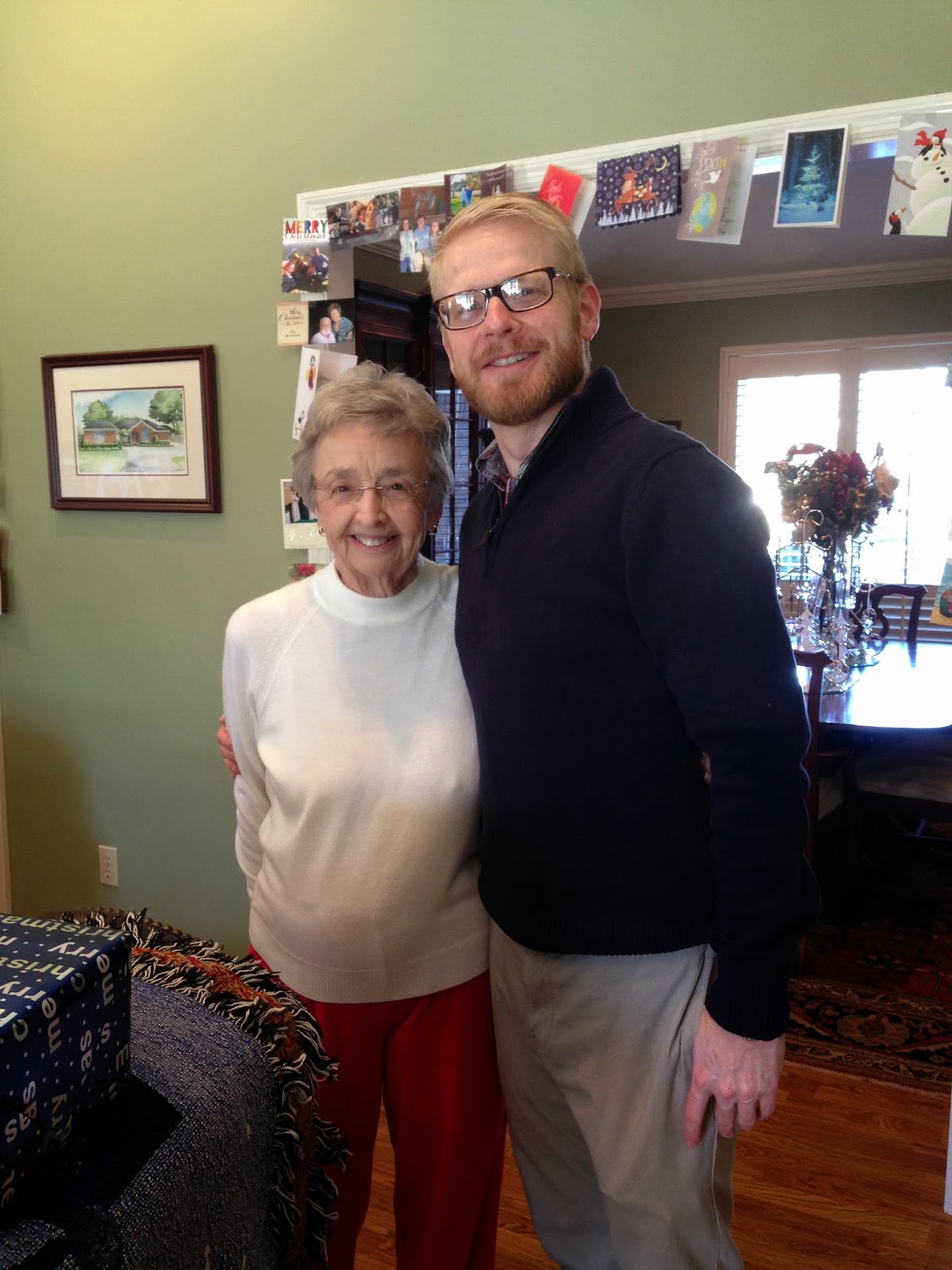 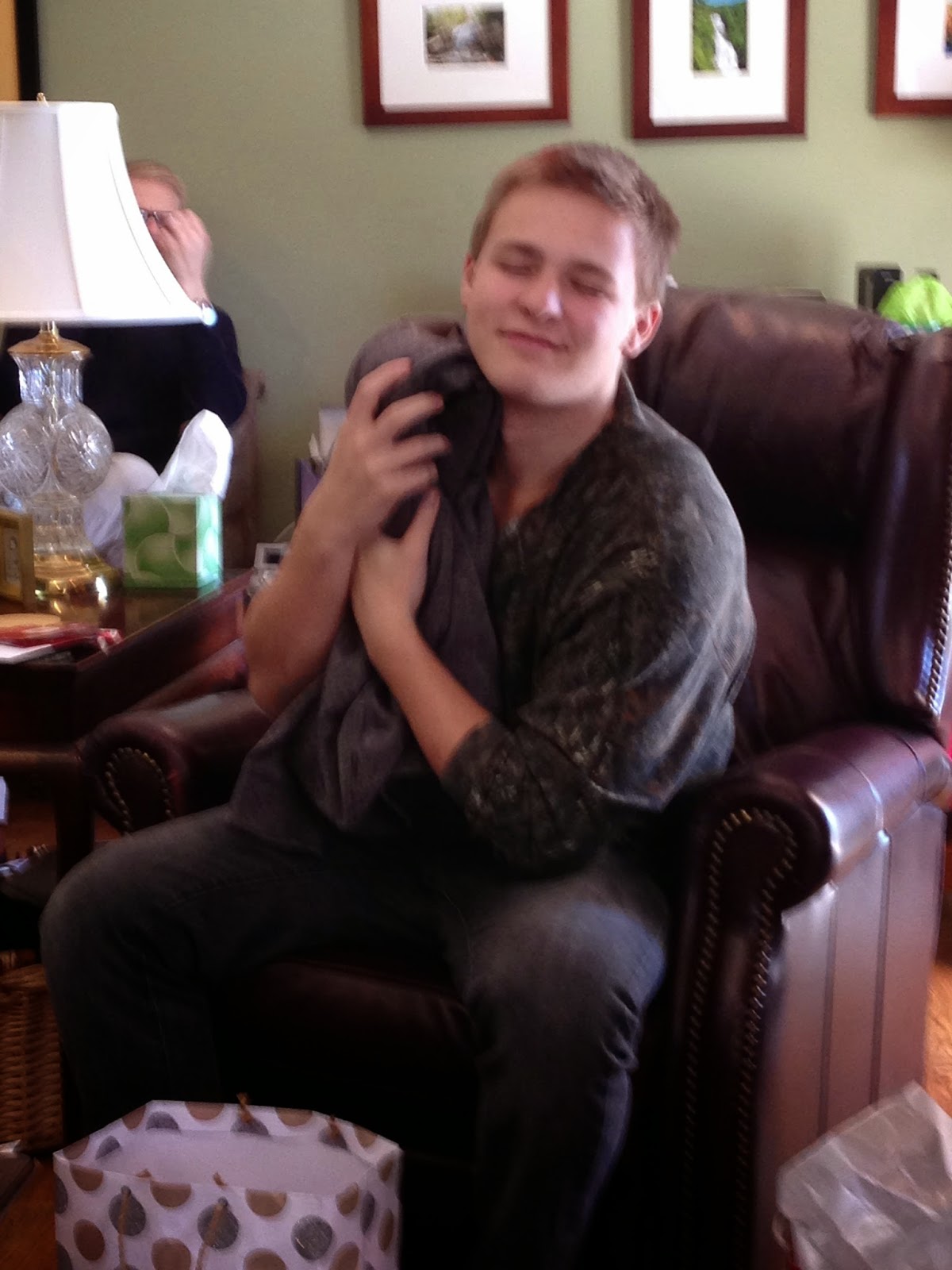 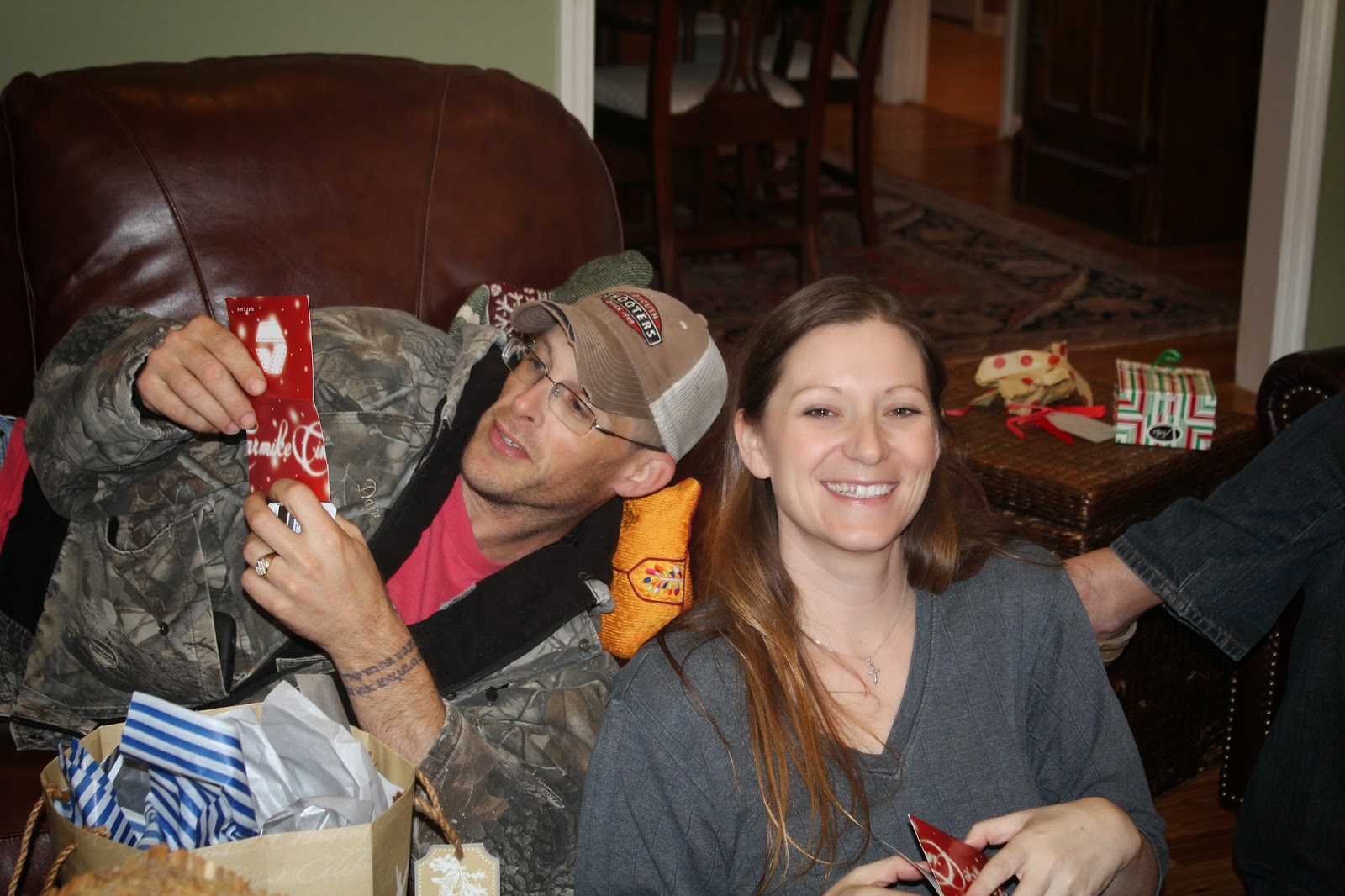 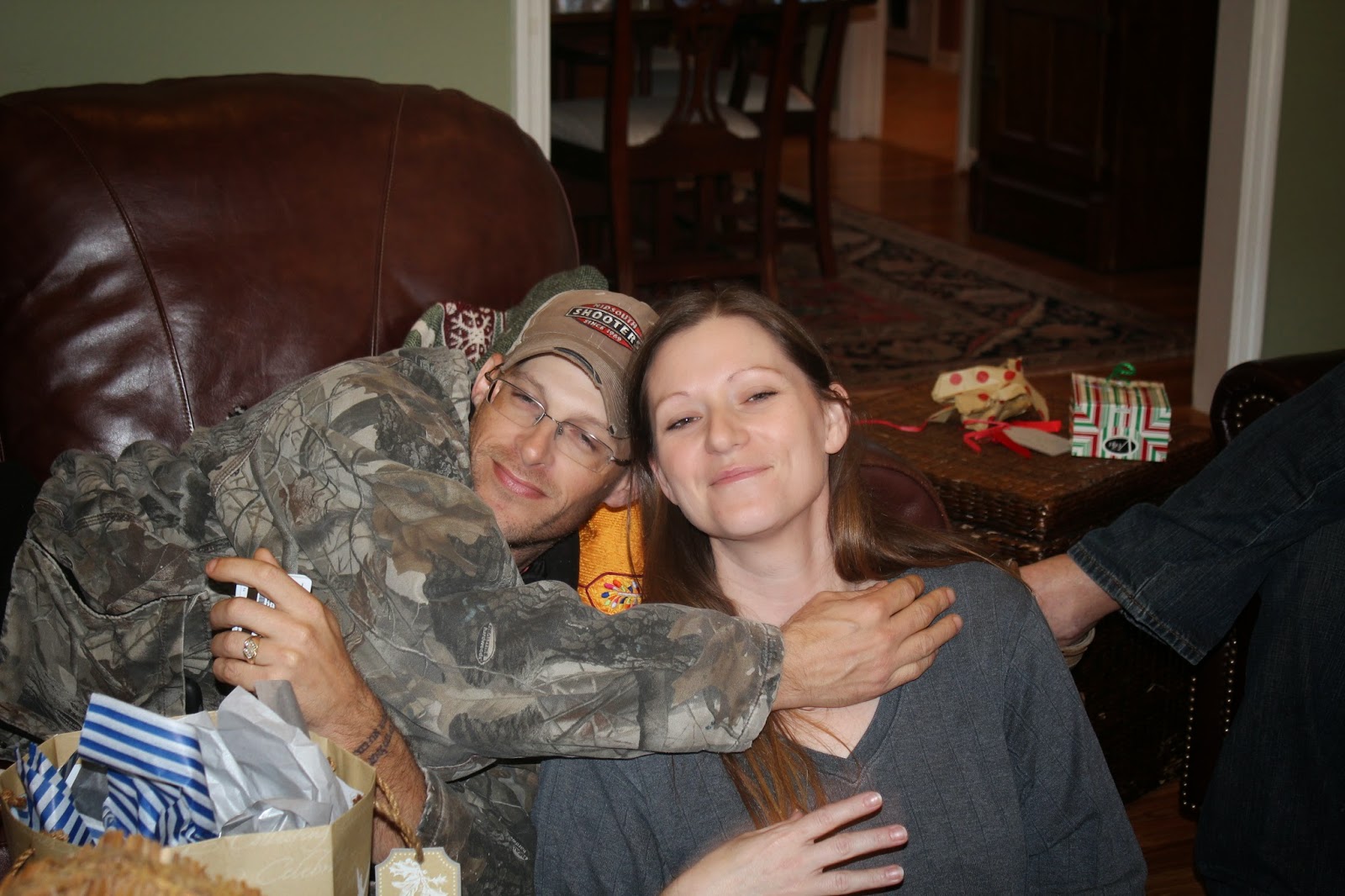 After all the gifts were opened
everyone left and the Superhero took a much deserved rest. 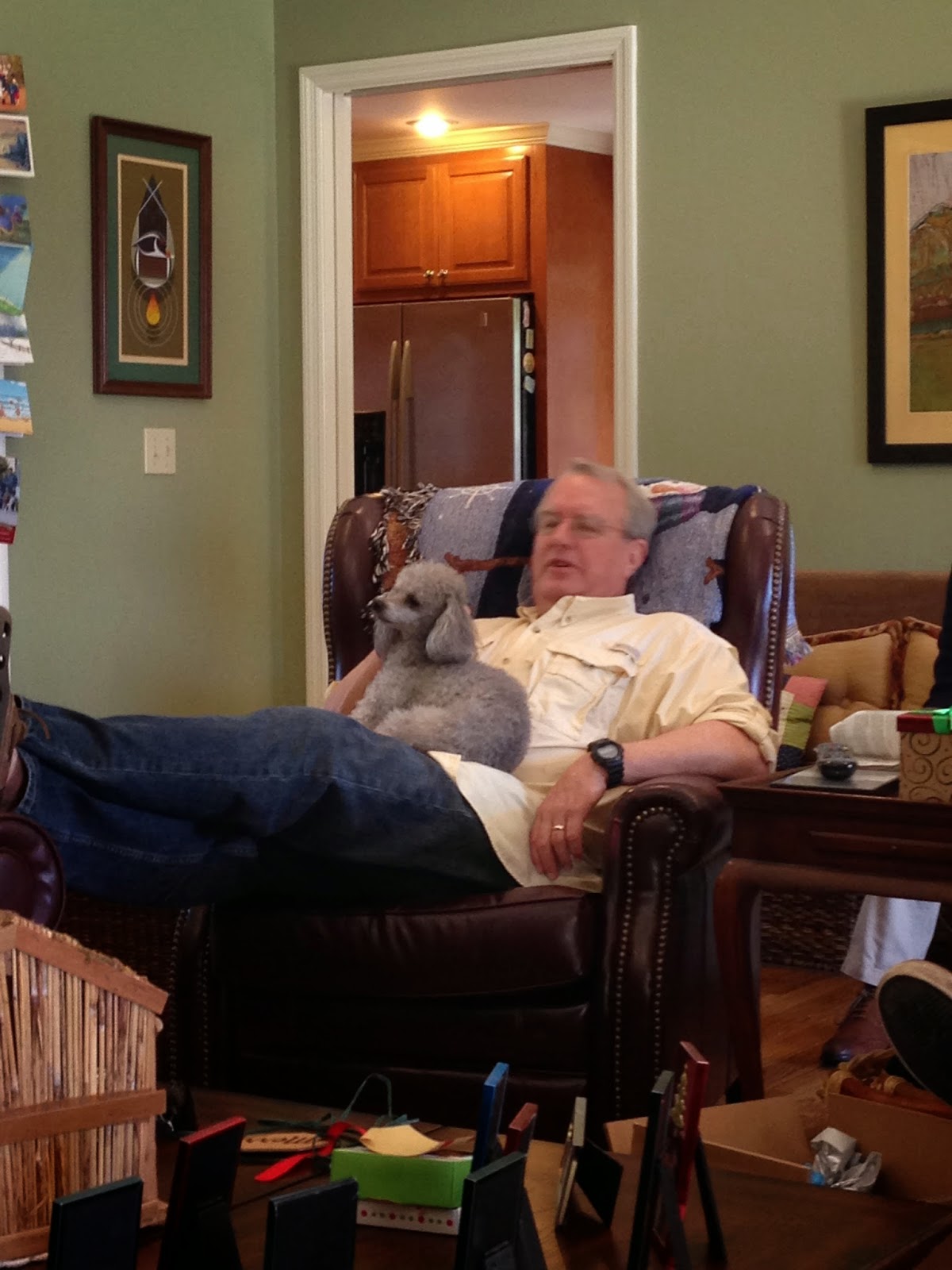 Later in the day, we all met at my brother's home for our annual Christmas dinner.  We all take our special holiday dishes and there is so much food!

Even though five of the six of us were at Christmas dinner at my brother's, it was a relatively small crowd.  Here is just a little sampling of our afternoon.
Grandson, Jordan with my sisters 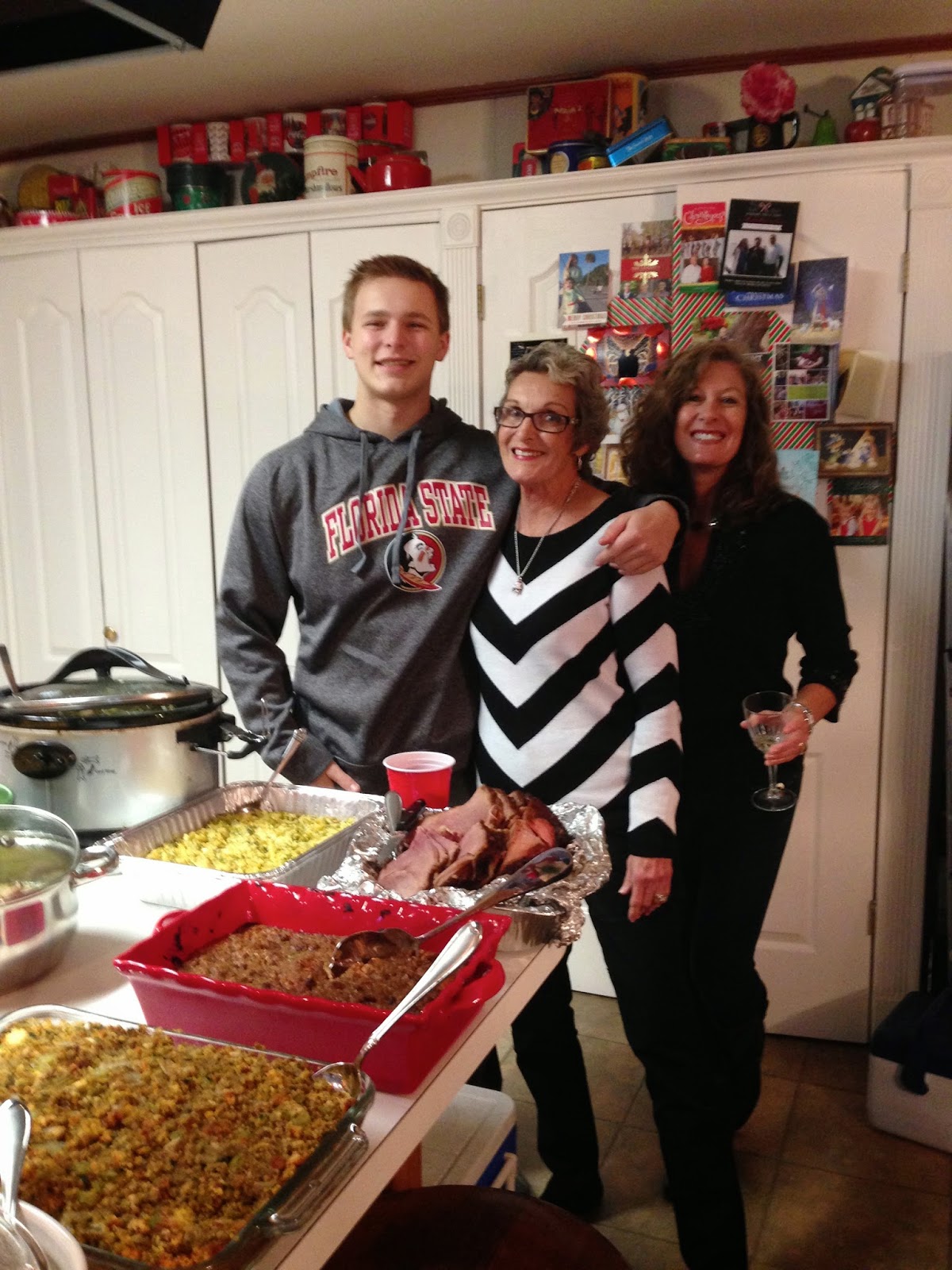 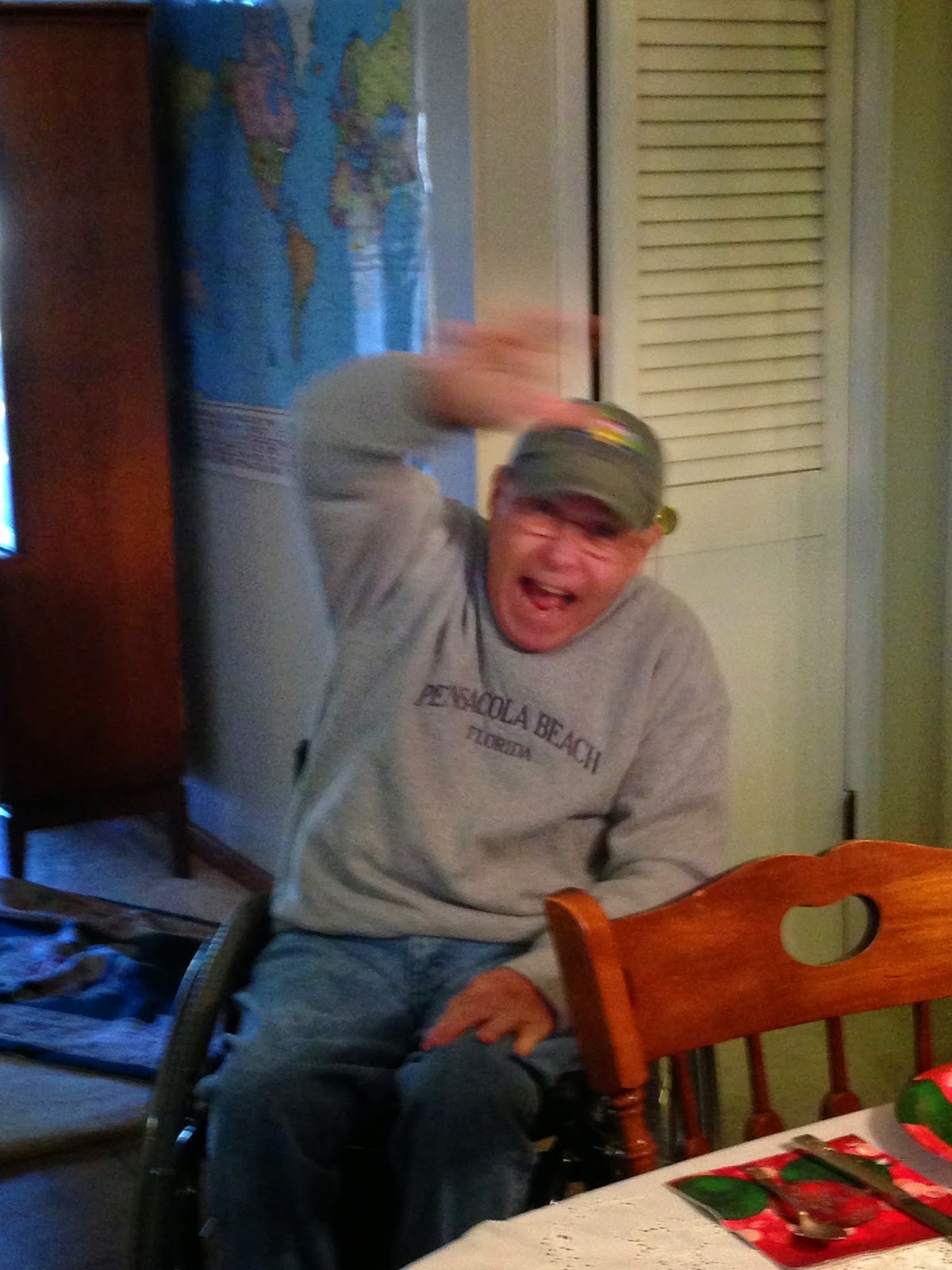 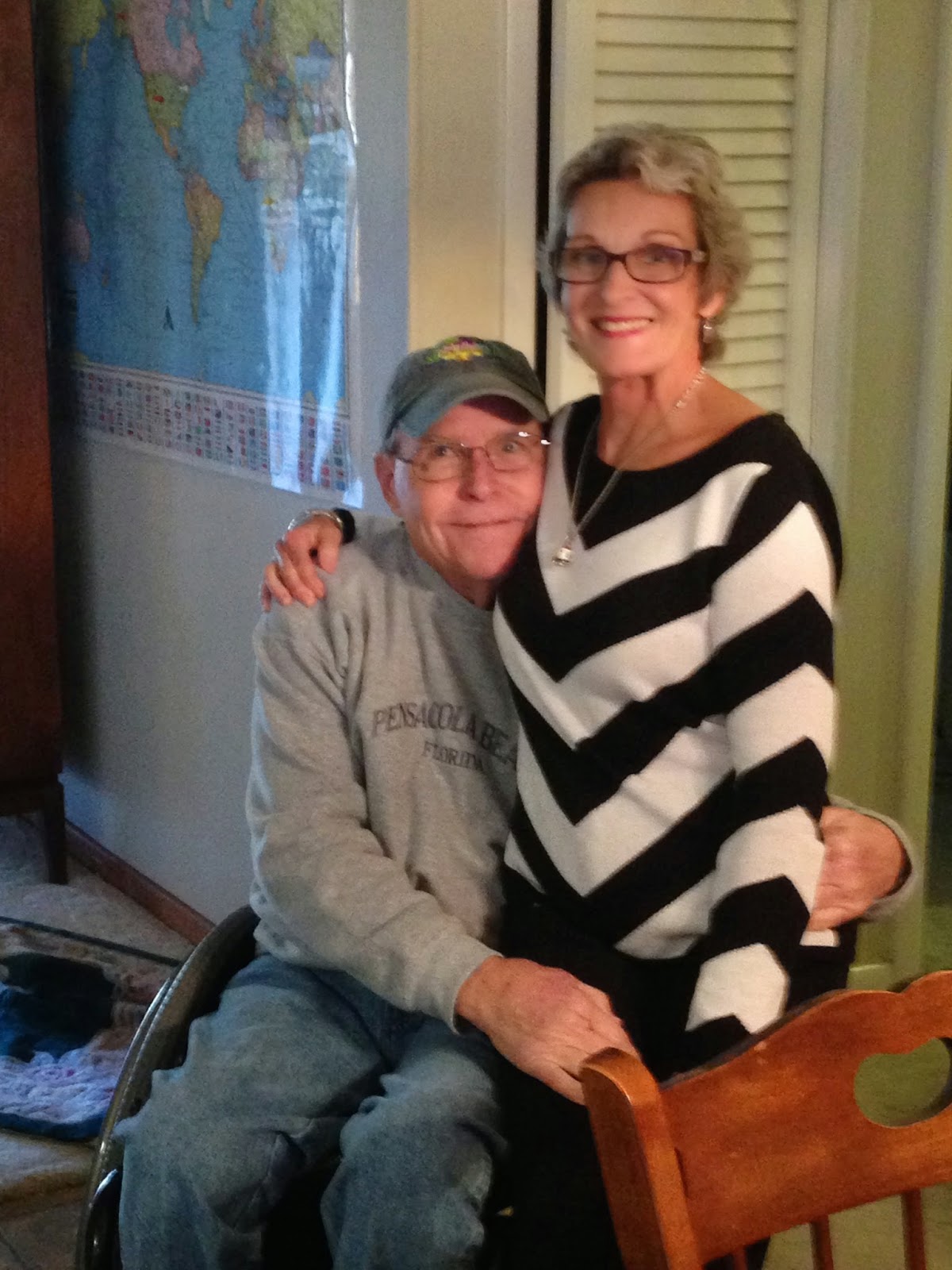 The Superhero and me 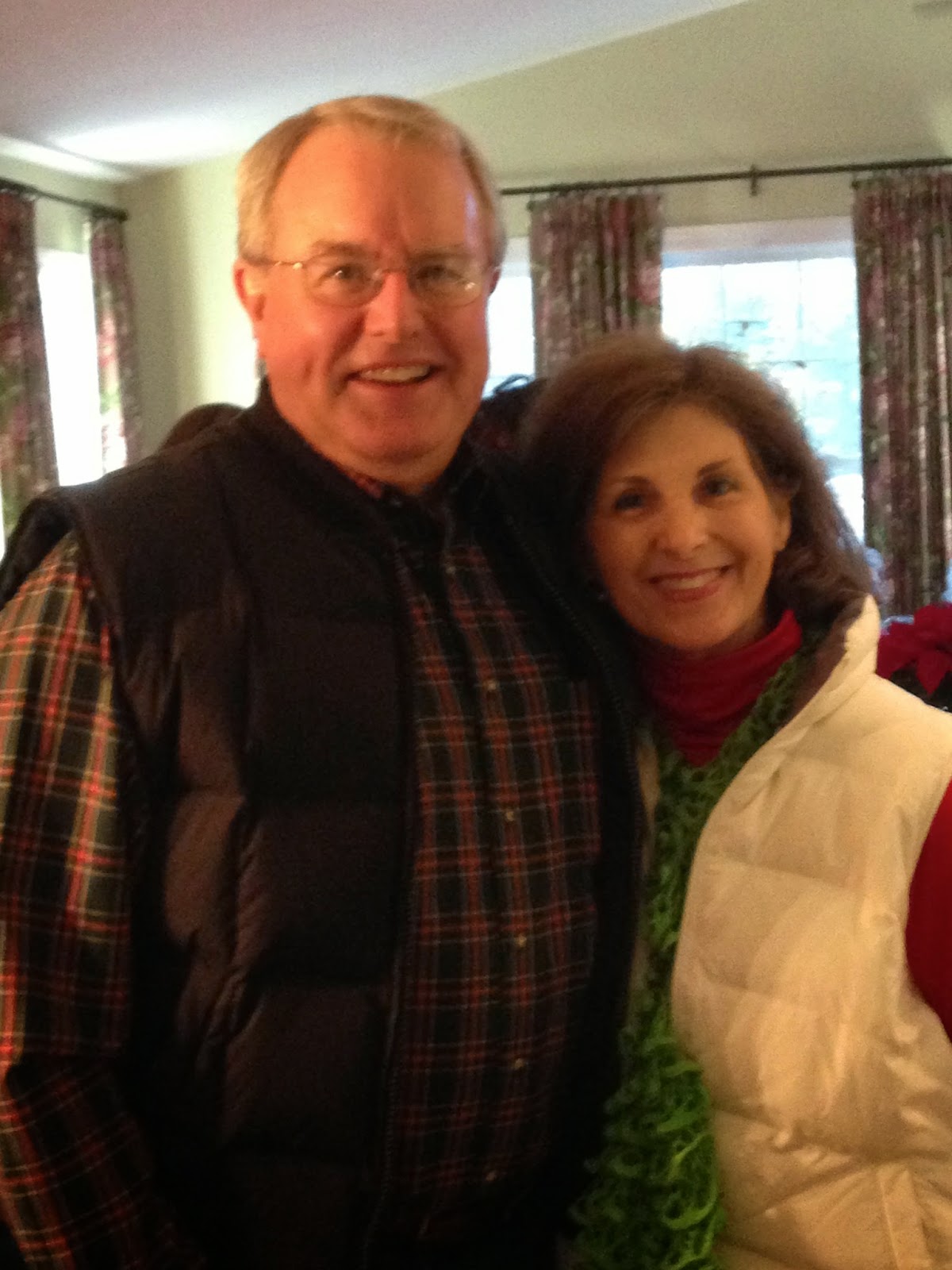 Son David and my brother, Tommy.....our gracious host every Christmas 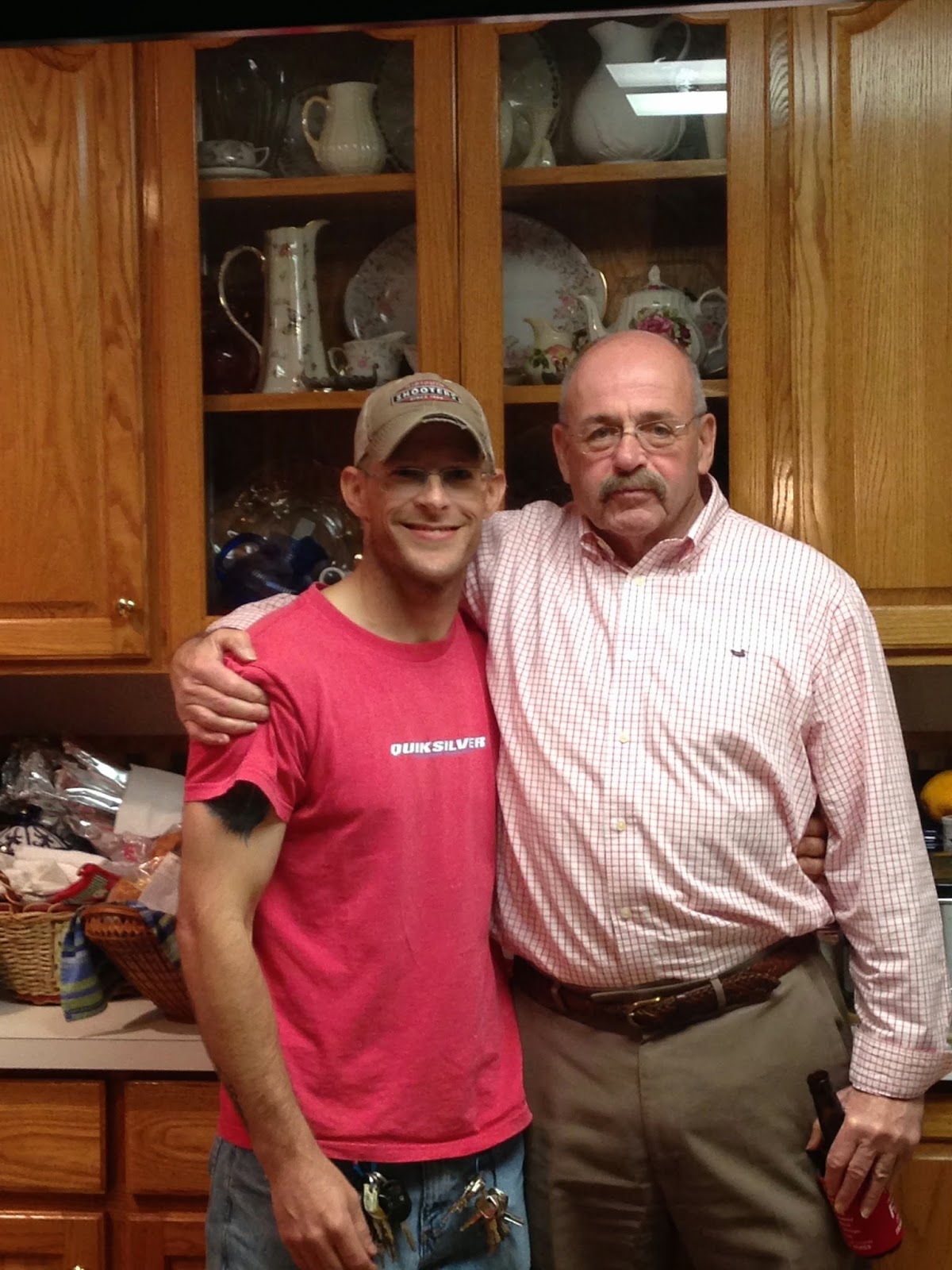 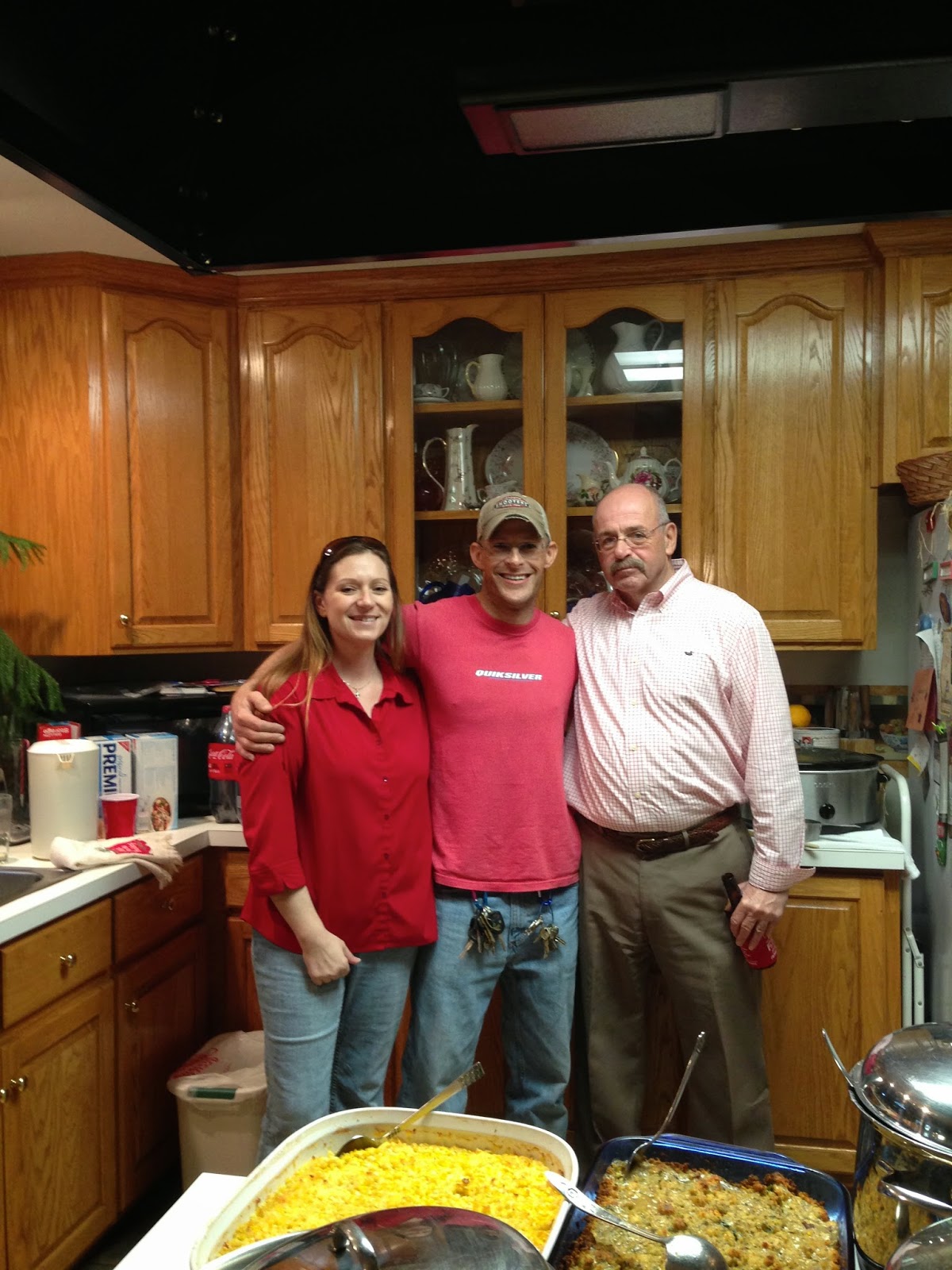 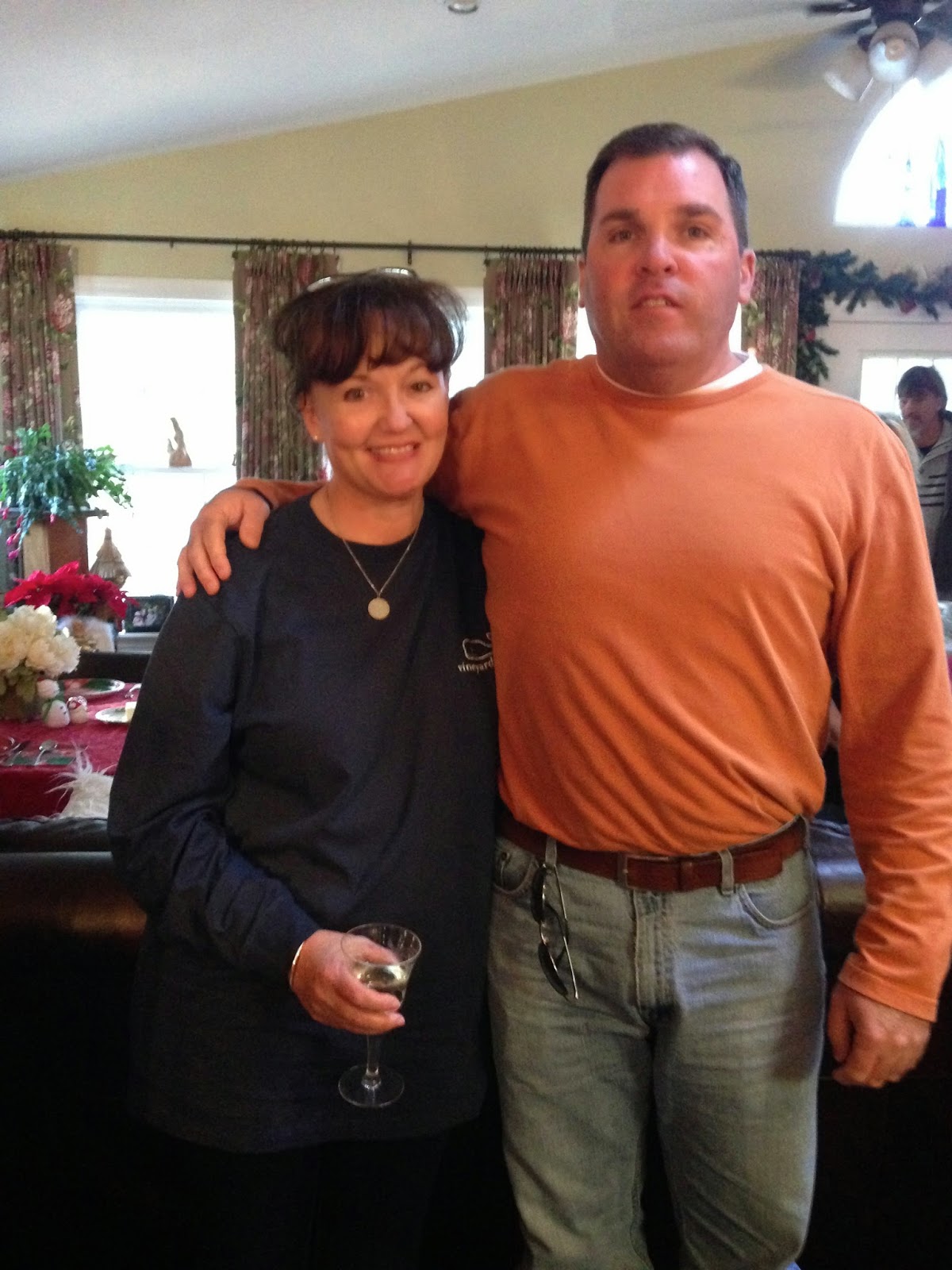 Four of my great nieces 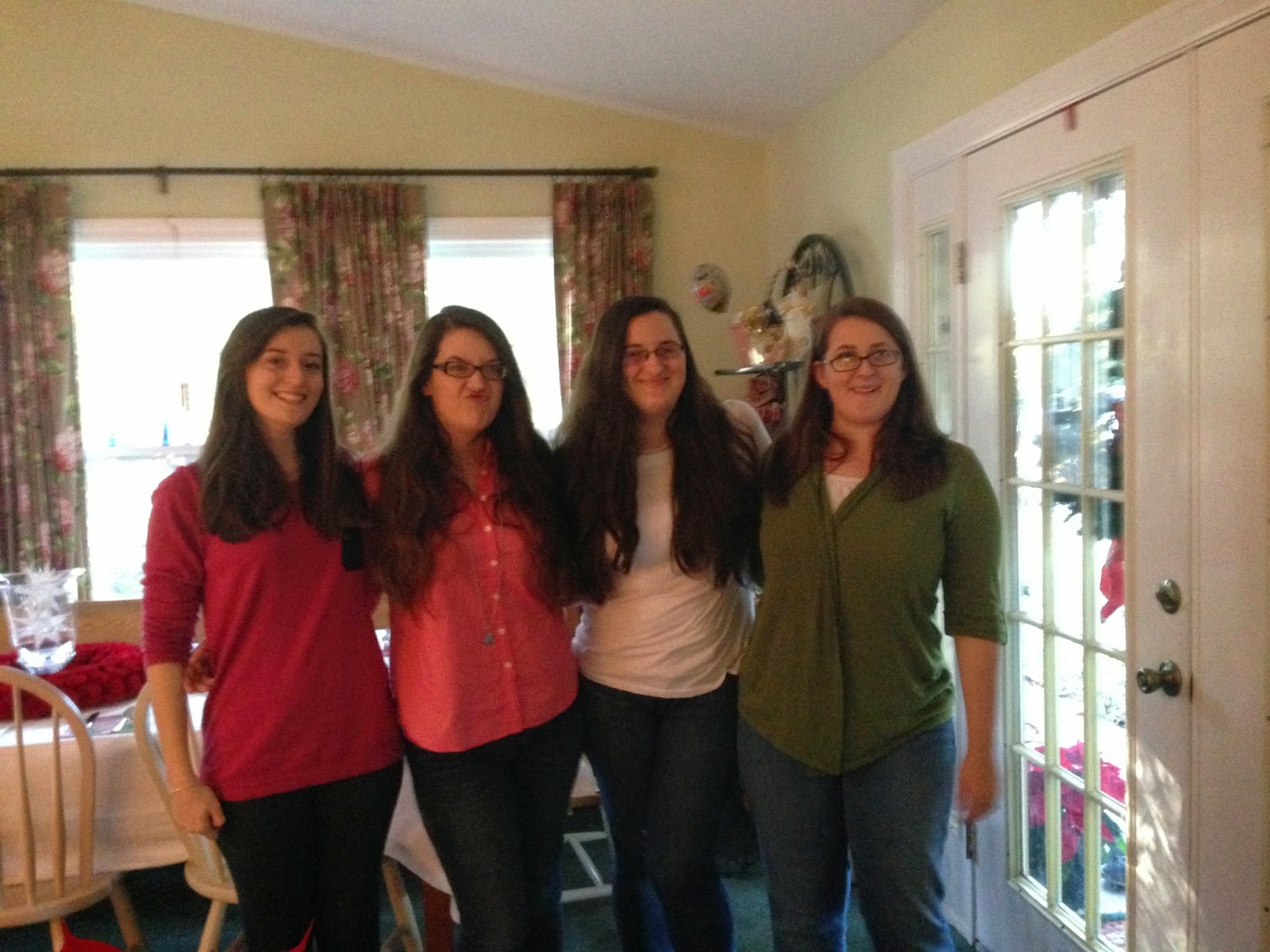 My niece Jennie and her sister 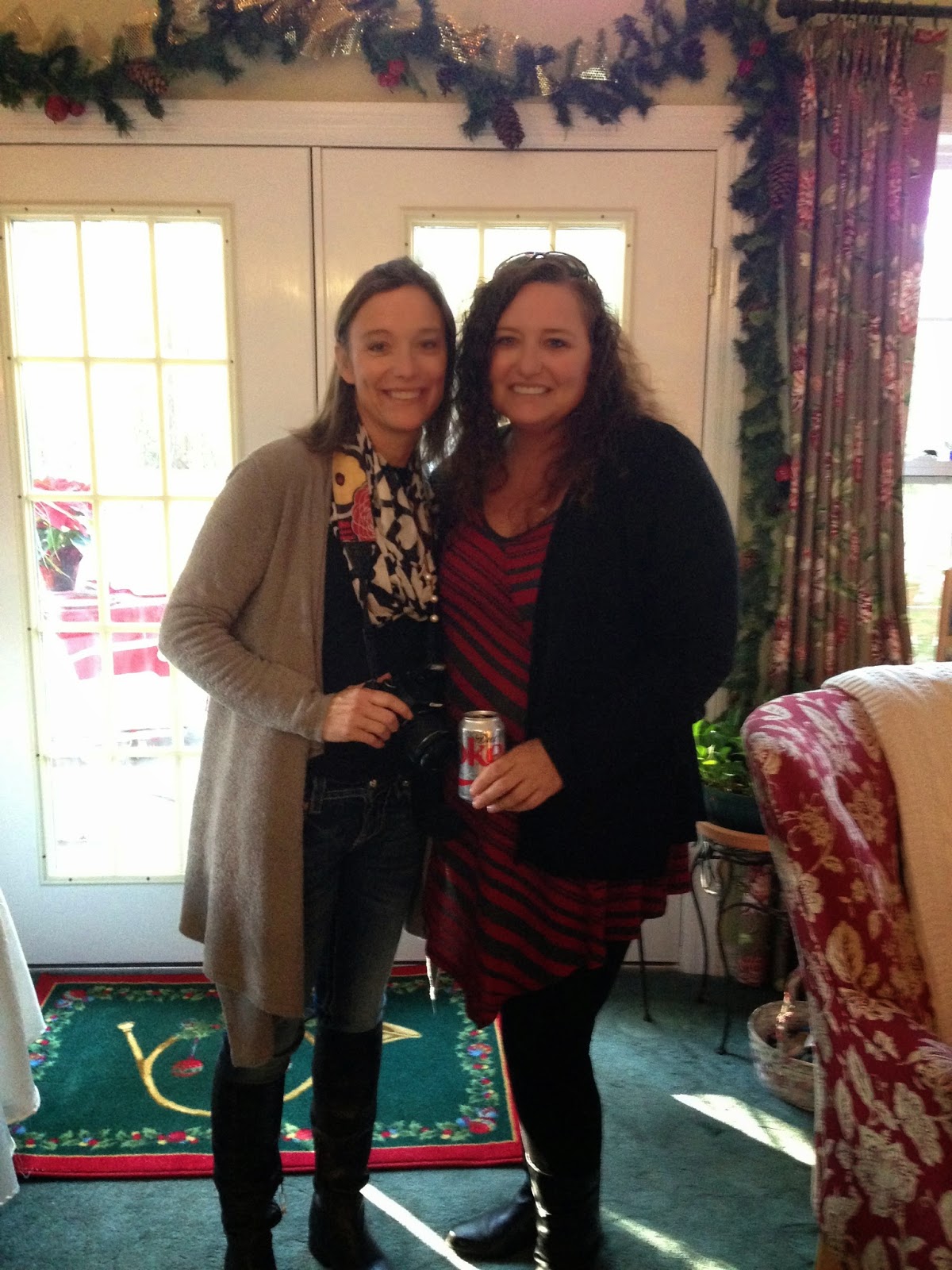 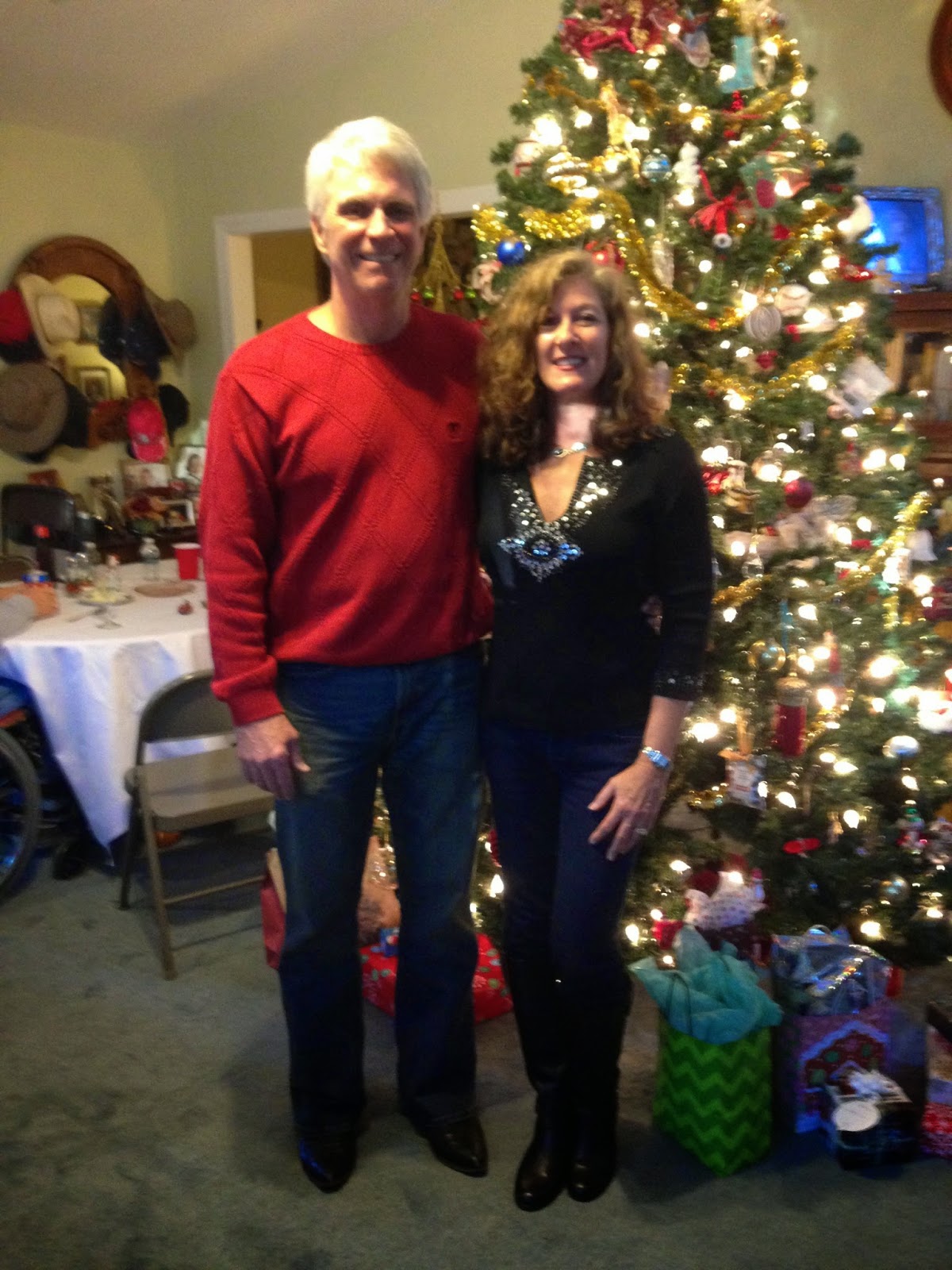 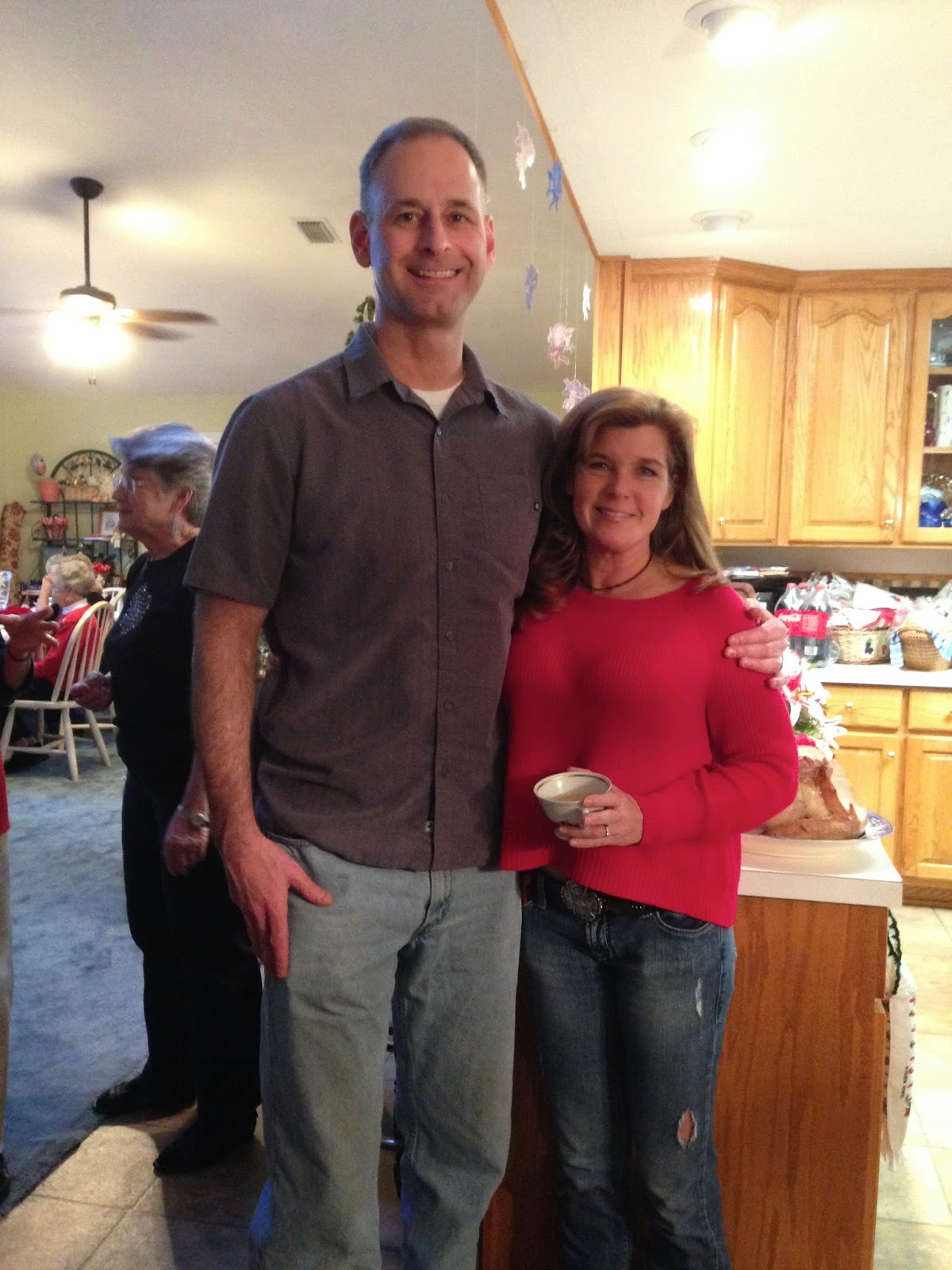 Three sisters......we try to get this picture at every get together 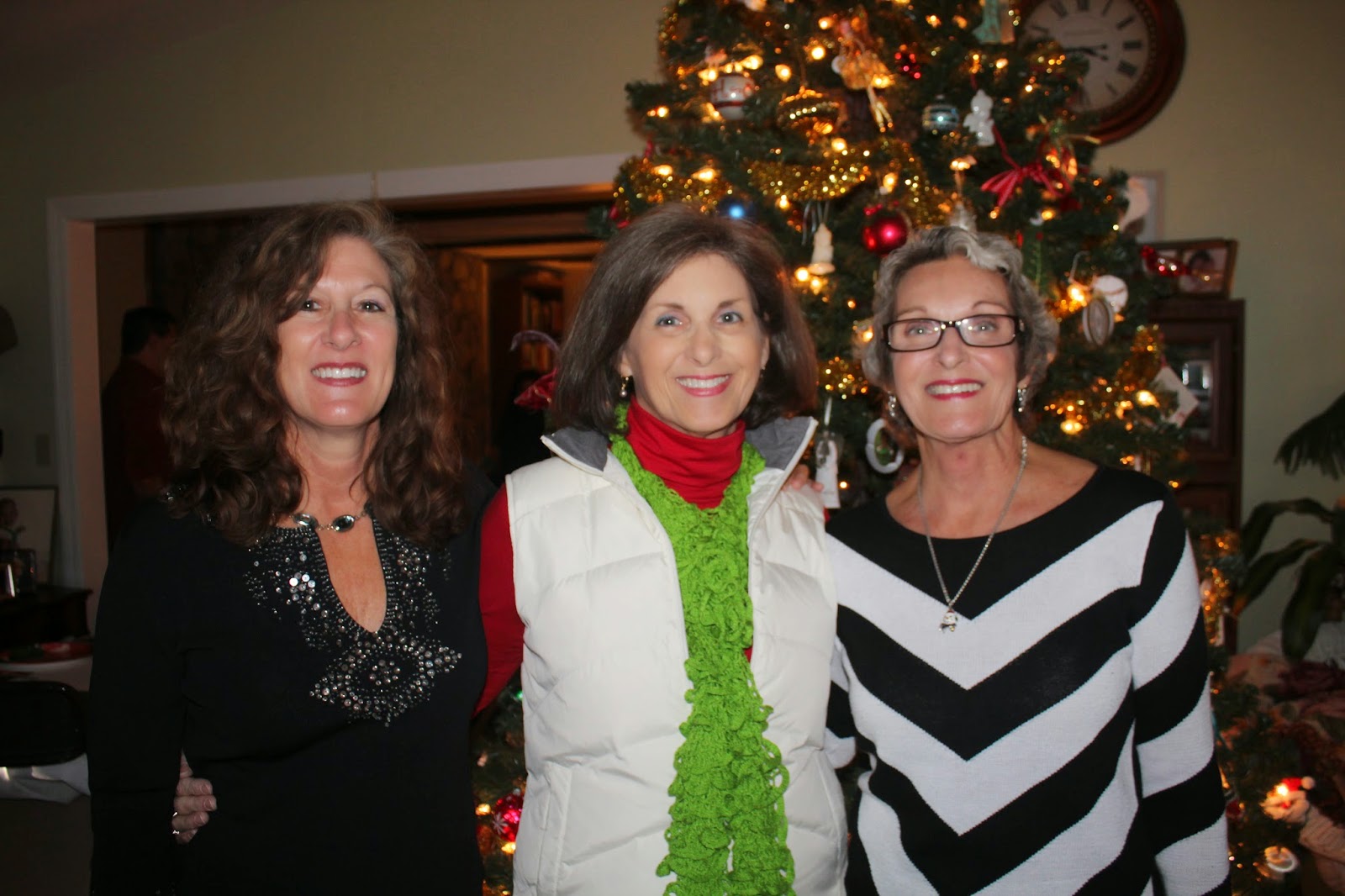 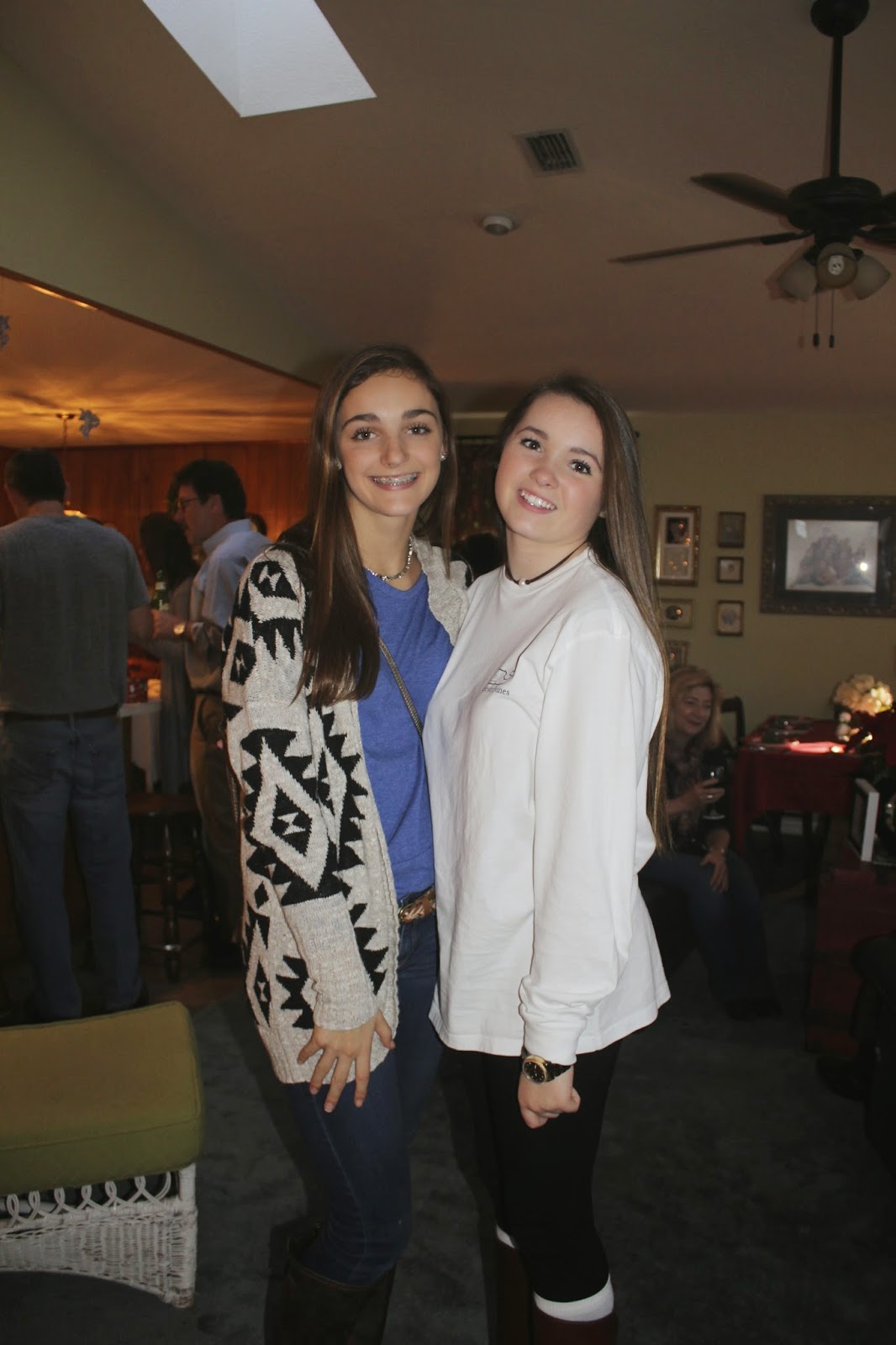 My MIL and my brother's MIL 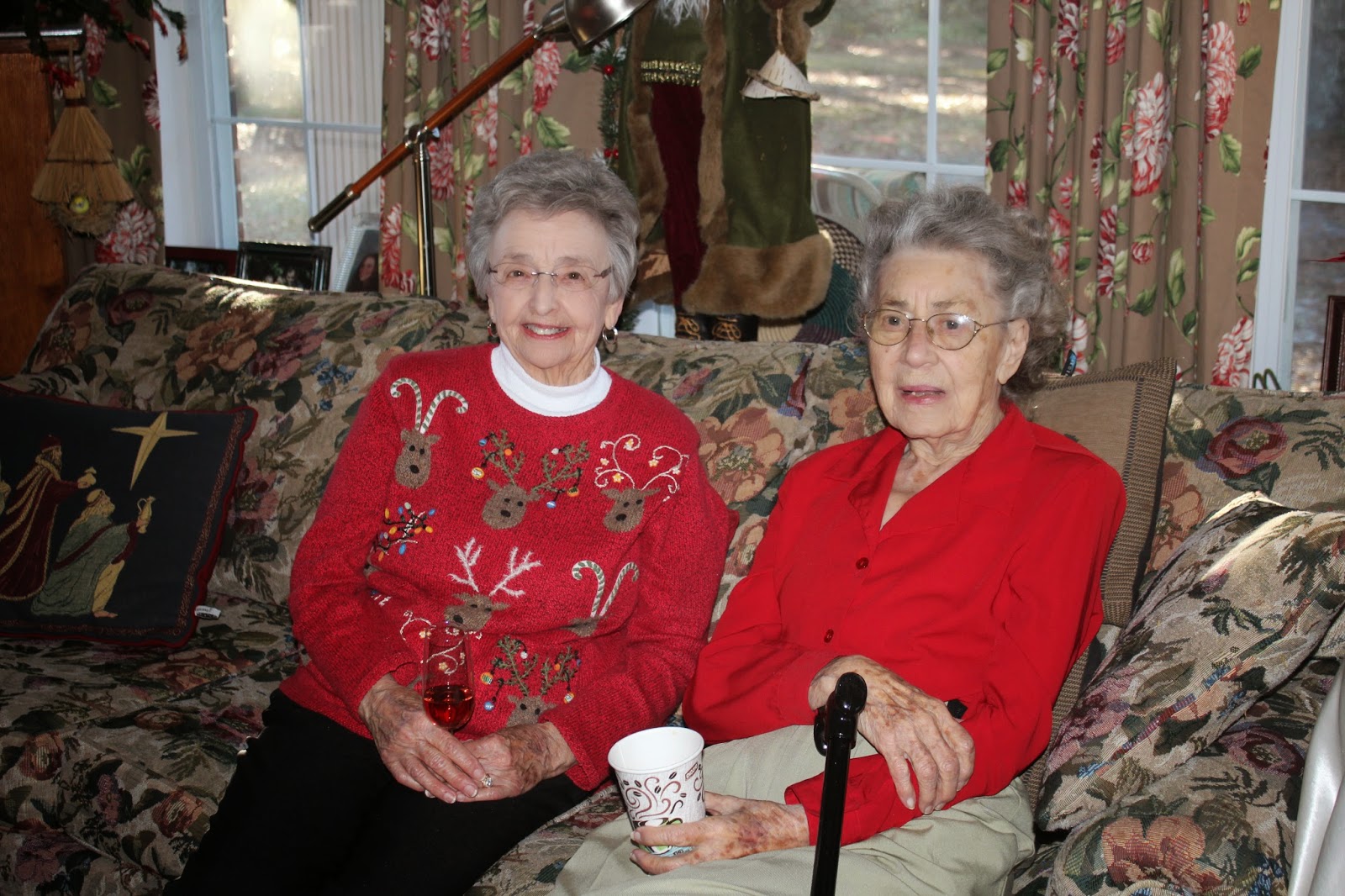 Since I didn't put a tree up, I thought it would be nice to get a picture of my brother's tree. 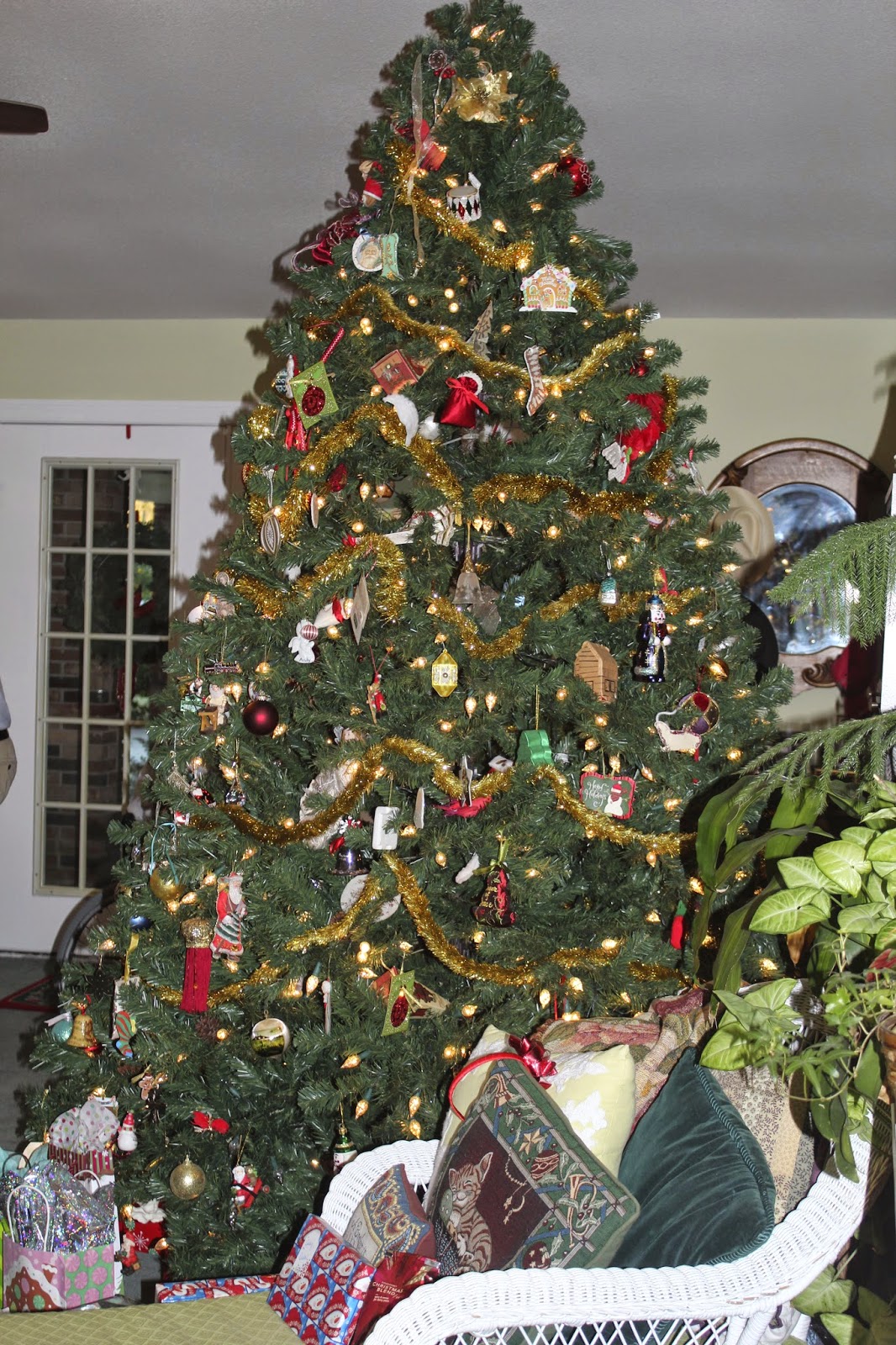 My sister, Cathy, brother, Tommy and cousins Claire and Ellen 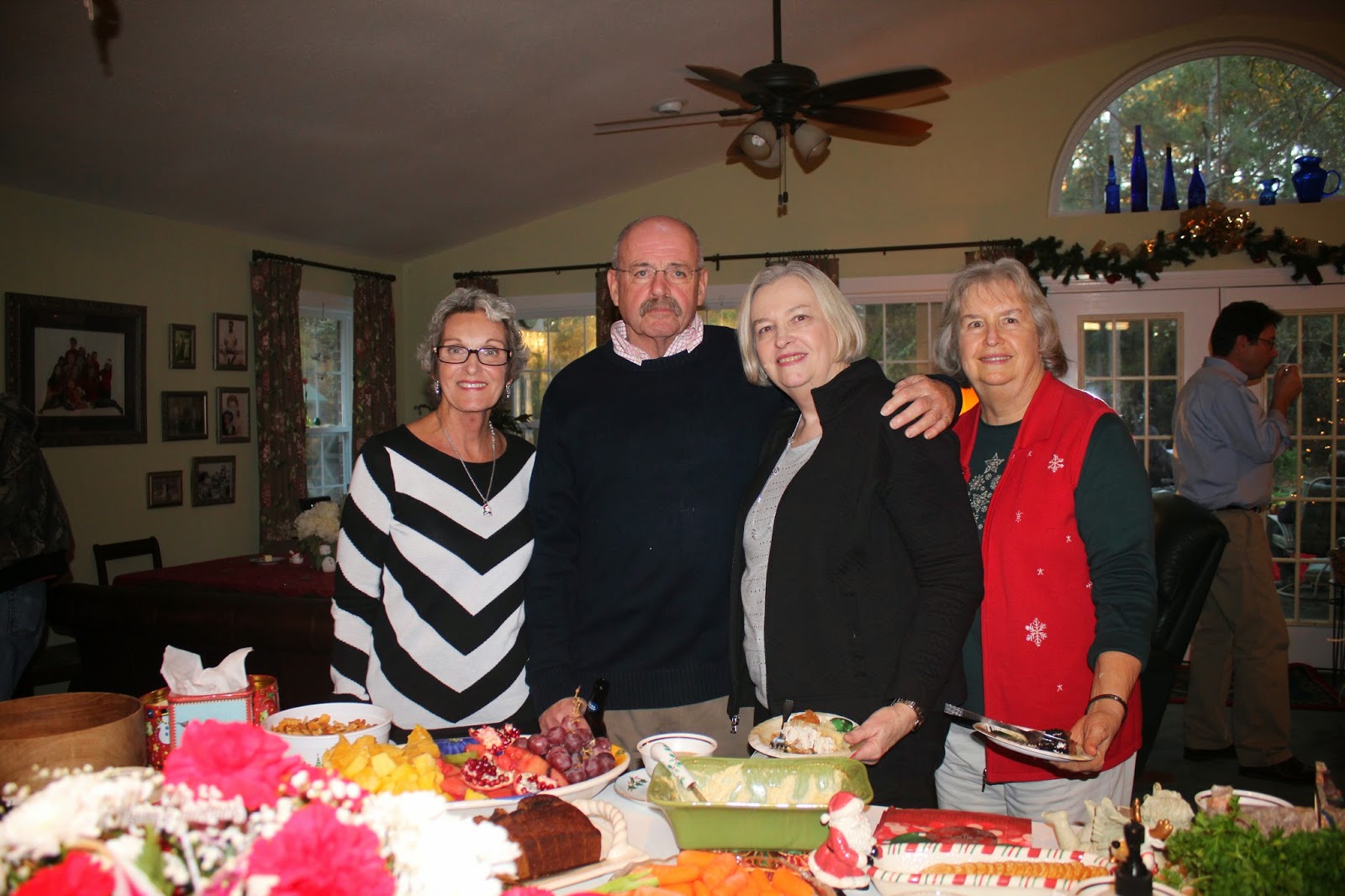 SIL Lois (the other half of the host team) and her granddaughter, Lauren.......who just became engaged! 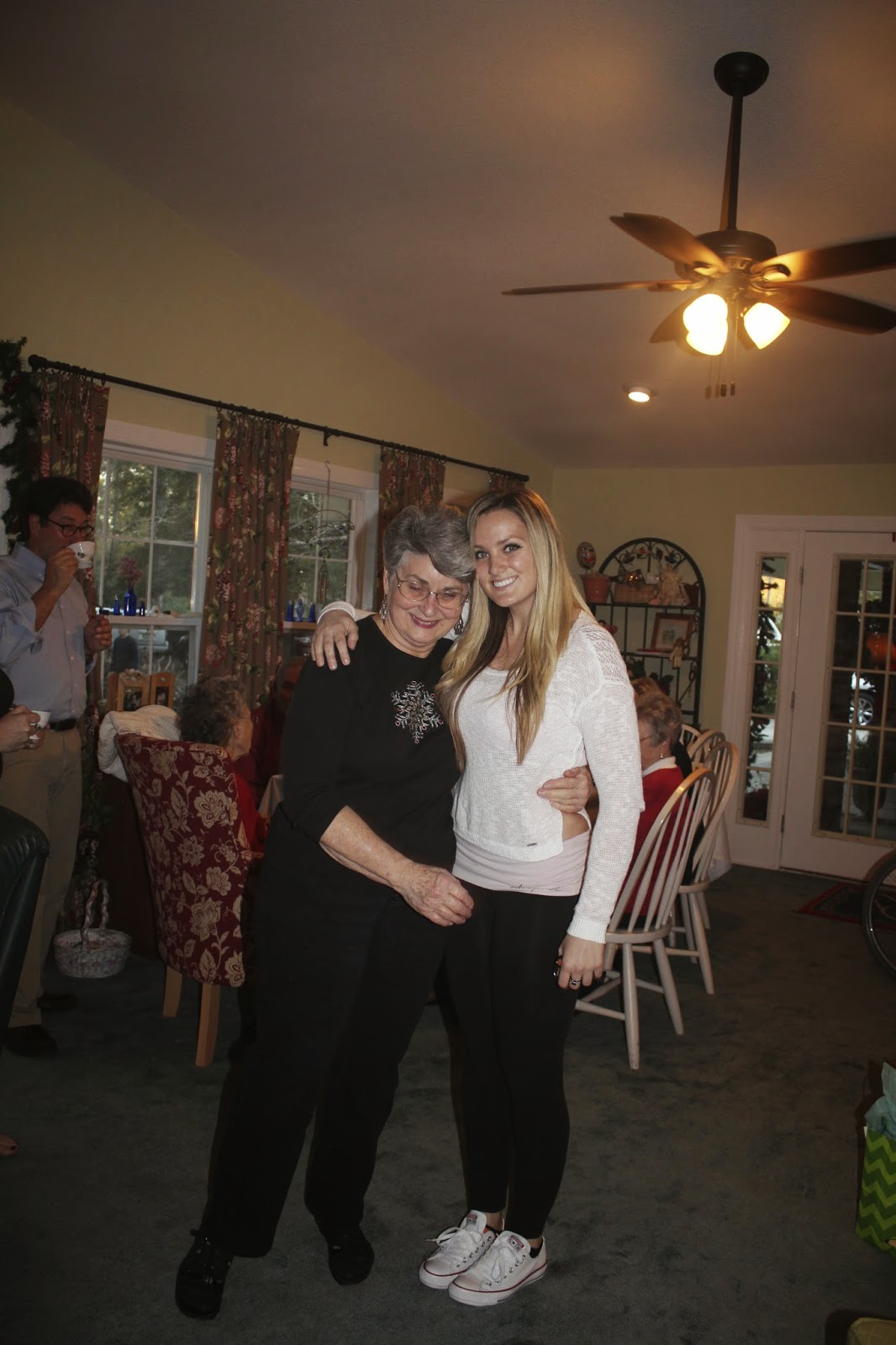 The youngest generation got the clean up job this year 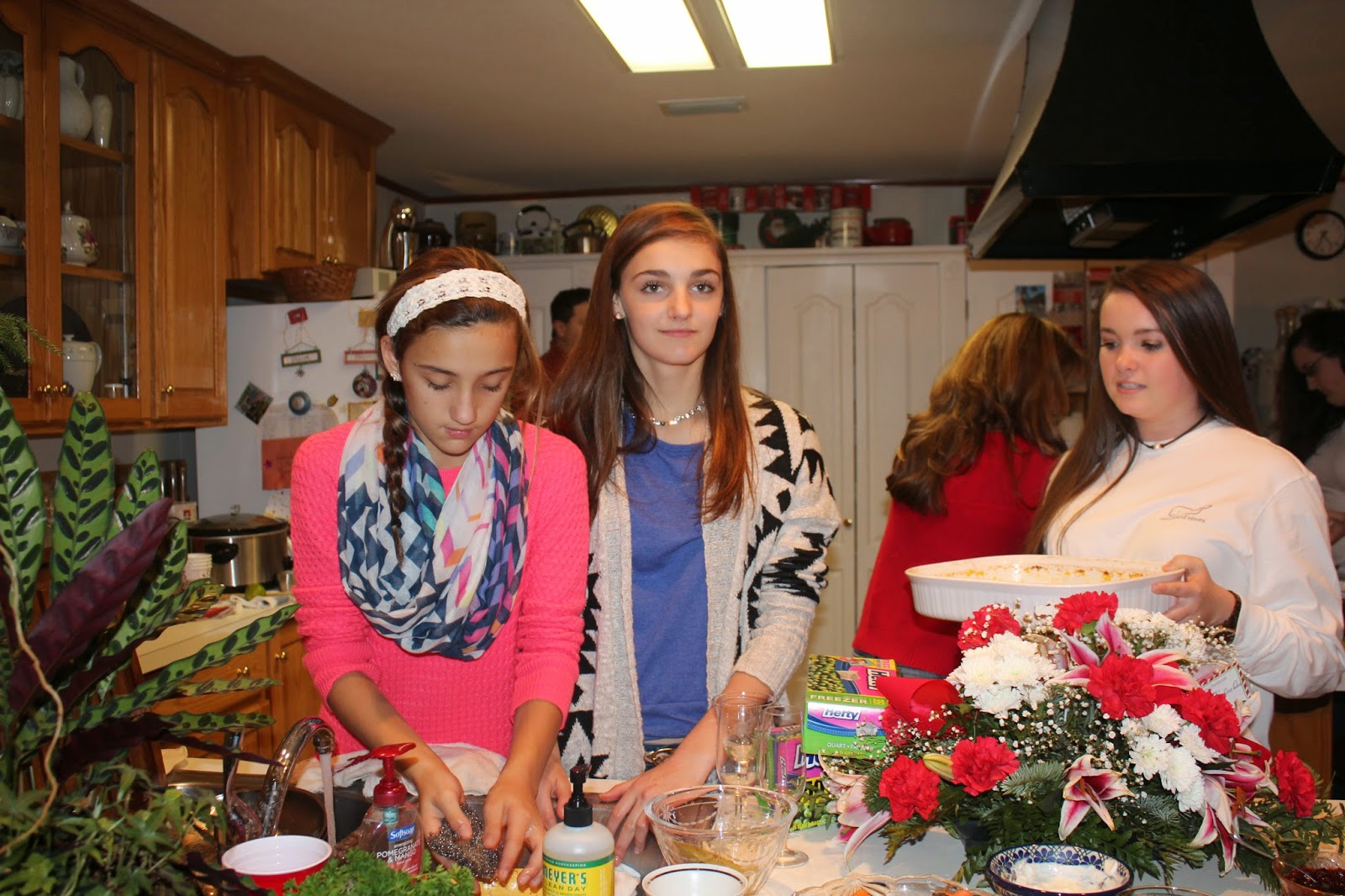 Few of the guys 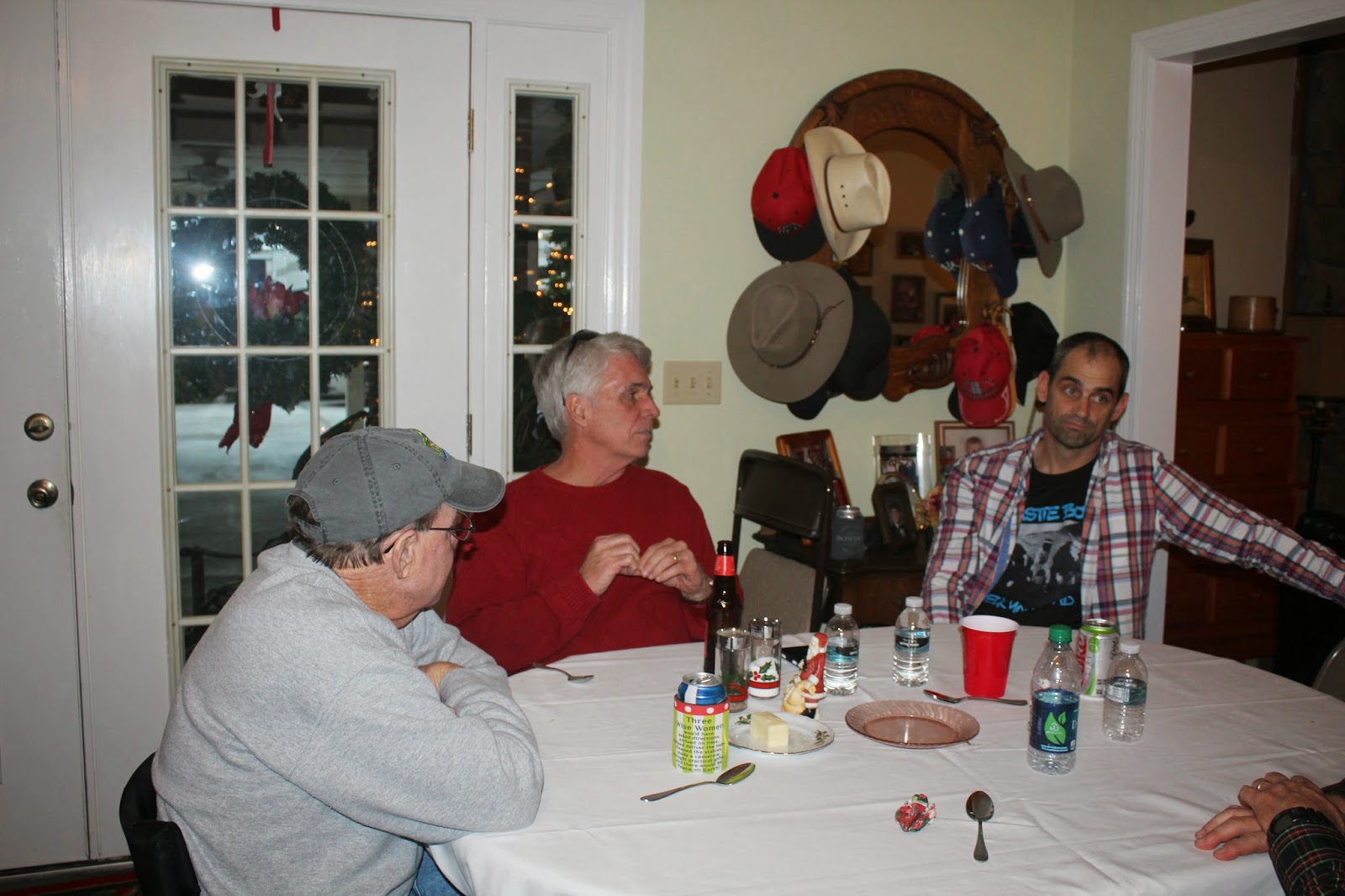 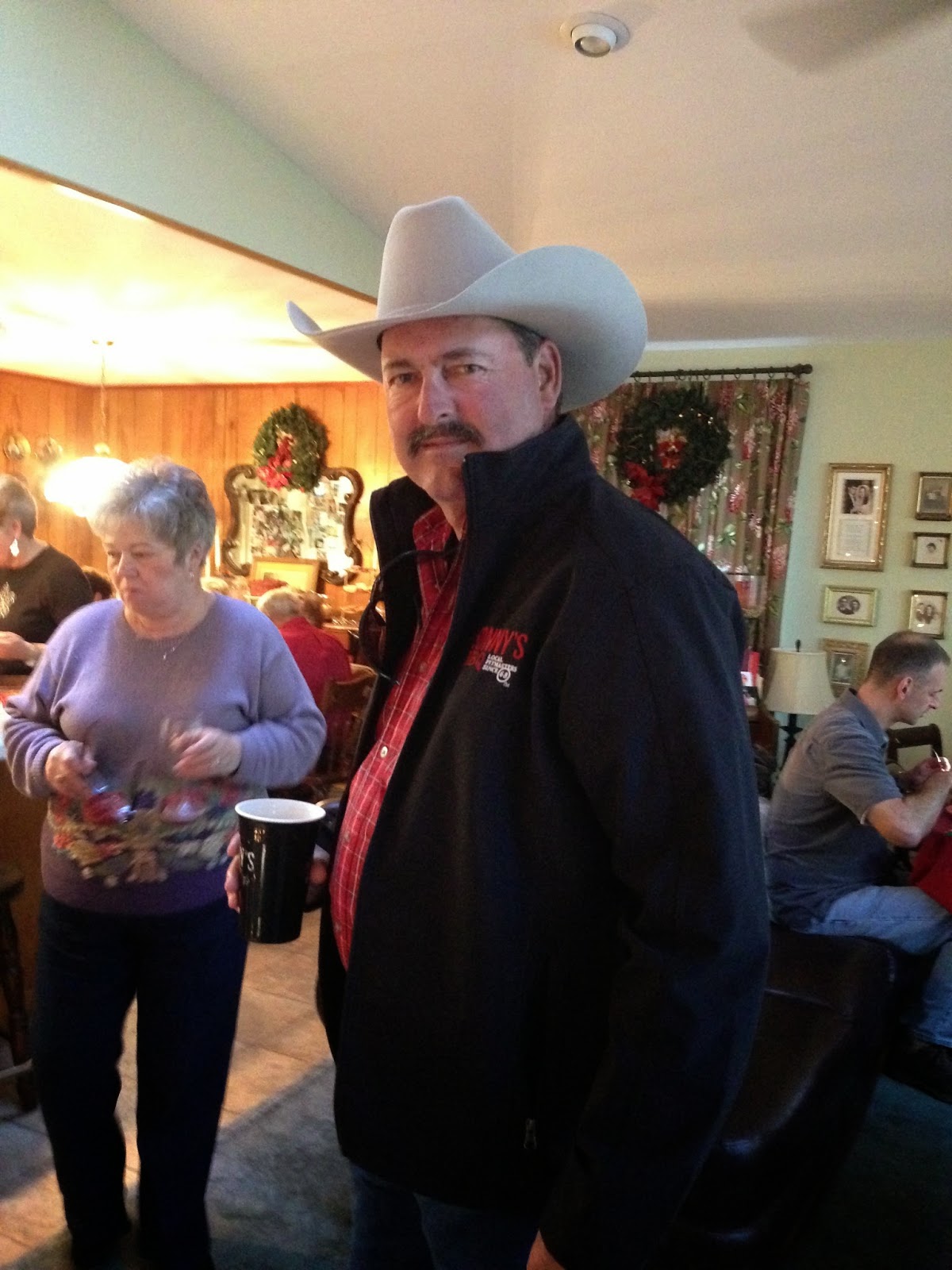 SIL Pam and her sister 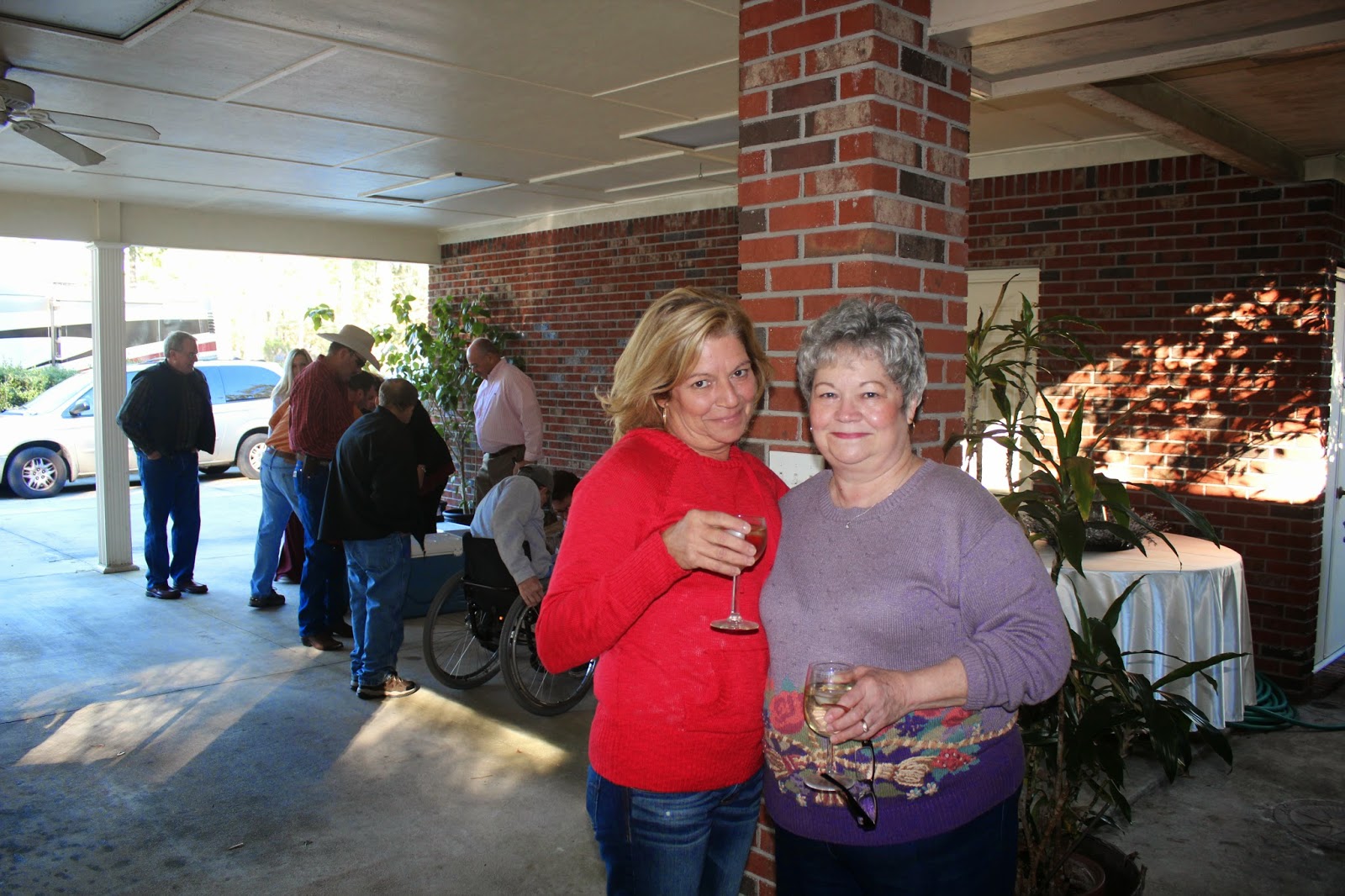 We had a wonderful afternoon.  There was a little bit of bittersweetness during the day missing mama and BIL Mike's mama this year.
But we couldn't be too sad when we stopped to realize they were celebrating with the REASON for the season!

I hope you all had a very Merry Christmas and that 2015 will be the best year ever for us all! 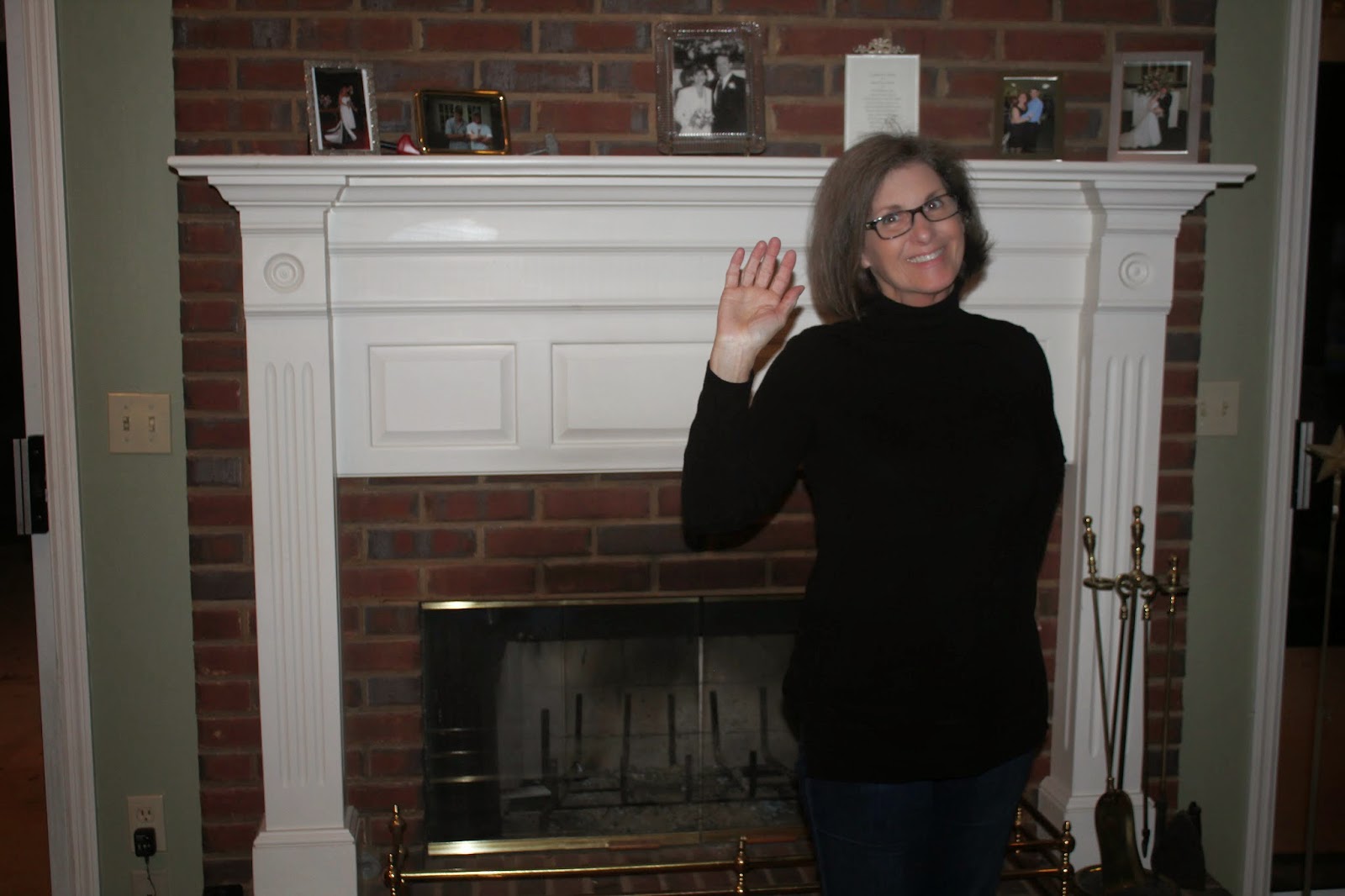 Email ThisBlogThis!Share to TwitterShare to FacebookShare to Pinterest
Labels: End of year...beginning of another

I always love seeing your big family. It looks like you all have so much fun together.

I'm ready to tackle the new year too. I hope it is a great one for all of us.

Seems like these goodbye to the year posts get closer every year! This has been the longest and shortest year both, if that makes sense
Looking forward to a great 2015!

I've been catching up with you, reading past posts. You're the only person I know, besides me, who didn't put up a tree this year. The world kept right on spinning, didn't it? Also, like you, I'm happy to welcome in a new year. Loved all the family photos. Especially enjoyed the post of you and your husband posing for your Christmas cards. Too funny!a,

How is Cathy doing? Looks like you had a nice Christmas, even if the numbers were on the smallish side. Holidays are hard when we're missing loved ones, especially those first holidays. But thankfully you have the comfort of knowing that they're with the Reason (as you said). Praying you have a fabulous 2015.

Breakfast sounds like a good time. Sorry not everyone could be there. I do love all the pictures you shared and it looks like it was a great Christmas Day. Happy New Year and may your blessing be abundant!

Ok have to ask how does one make homemade hashbrowns I would love to be able to make them but have no idea how so if you could tell me I would love it.

We don't have much for breakfast on Christmas Day as we have a big lunch usually we either have ham or toast or Macca's if Macca's is opened which it was this last Christmas.

Good to see this post from you. I have missed you.

We always go to our son's on Christmas morning for breakfast and our DIL cooks for us. But, I may have to take that over next year as she will have two little ones to contend with instead of just one. We shall see!

Looks like you had a lot of fun family celebrations. Wishing you a most blessed 2015!

I love you get the younger ones to clean up! I totally need to use that idea! :)

The pics of you & your Superhero are fantastic :)

Love you & your sisters take a picture when you're together. The family will always love looking back at those.

I'm with you...goodbye 2014. Hoping you and the super hero have a blessed 2015 full of great moments.. Sister Cathy's hair is looking great! Thank you God for taking care of her :-)

I really like your longer hairstyle! And your brother's tree is amazing, gorgeous - does he want to come to my house next year and decorate??? I like seeing your family get-togethers. Almost all my family is in heaven so I'll share yours (smile). 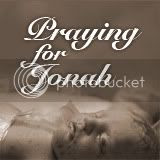 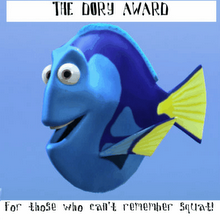